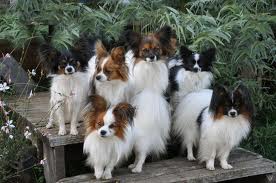 Toxicity: Ethylene glycol is the main toxic ingredient found in most antifreeze products, usually at a concentration of 95-97%. It is an extremely dangerous toxin. The lethal dose for dogs is 2-3 ml/lb, and for cats it is 0.64 ml/lb. There are 15 ml in a tablespoon, so figure1 tablespoon (30 ml) per Papillion could be lethal, and a teaspoon is lethal for a cat. Smaller quantities can still make an animal critically ill. Antifreeze containing ethylene glycol has a sweet taste that animals and children like!
Ethylene glycol is metabolized by the liver. The metabolites that are produced cause damage to organs and the subsequent symptoms. The metabolites (in the form of oxalates) are most toxic to the kidneys. Ethylene glycol causes severe damage to the kidney, termed “acute renal tubular necrosis.” Ethylene glycol also changes the pH of the blood to be more acidic (metabolic acidosis). Many brands of antifreeze also contain phosphorus rust inhibitors, which may increase the phosphorus levels in the bloodstream.
Signs of poisoning: There are three stages of ethylene glycol poisoning:
Diagnosis: A test kit for dogs is available which detects ethylene glycol, but not its metabolites, and not all veterinarians have it.  It is useful within 30 minutes to 12 hours after ingestion. Before or after that time period, a false negative test may occur because either the ethylene glycol has not yet entered the bloodstream, or it has already been broken down into its metabolites.
Peak levels of ethylene glycol in the blood generally occur 1-4 hours after ingestion. To perform the test, various chemicals are added to a blood sample, and if ethylene glycol is present, a color change occurs. This test is not sensitive enough for use in cats. Some human hospitals, or large veterinary hospitals or emergency clinics have more sensitive tests that can be used for cats. A veterinarian may conduct other laboratory tests to assess kidney function (Creatine and BUN), pH of the blood (blood gases), and look for the presence of oxalate crystals in the urine (urinalysis).
Treatment: If ingestion of ethylene glycol is suspected in a pet, induce vomiting and seek veterinary attention immediately. The veterinarian may continue the induction of vomiting, perform a gastric lavage, and administer activated charcoal and/or alcohol. That’s right.  Grain alcohol or ethanol (vodka, gin, whisky, etc) competes with the ethylene glycol for the use of a particular enzyme and prevents the damage that it can do.Fomepizole (Antizol-Vet®, 4-methylpyrazole) is also a drug available for ethylene glycol poisoning in dogs. It is given intravenously for 36 hours, and like grain alcohol, it stops the metabolism of ethylene glycol into its damaging metabolites.
Grain alcolhol/ethanol is the treatment of choice for cats and is administered for up to 2-3 days. With Fomepizole or Ethanol treatment, starting treatment early before permanent kidney damage occurs, usually within 8 hours of ingestion, is essential. Supportive care may need to be given for weeks.  This is when homeopathic treatment can make a significant difference.Supportive treatment will be given and may include correcting hydration and the acid-base balance by administering IV fluids and sodium bicarbonate. Oxygen is given as needed.  Peritoneal dialysis helps remove the ethylene glycol from the body, if used early.
Prevention of antifreeze poisoning:
Font Resize
Contrast
Call Us Text Us